Share on TwitterShare on FacebookShare on PinterestShare on LinkedInShare on Email

Working from home became an inevitable reality for many Americans over the last year. It has ultimately changed the meaning of home and affected what we need or desire from our living spaces. As a result, many people have relocated both locally and nationally in search of a place that suits their new needs, and even more, are planning to make a move this year.

In the latest edition of @ The Market, @properties EVP of relocation and referral services John D’Ambrogio joined the webcast to offer his perspective on the latest relo trends that have emerged during the pandemic. He also addresses where he sees businesses heading in the coming year.

A Redfin survey recently reported that one-third of homebuyers would relocate if remote work becomes permanent. Although John does not anticipate that employees will be working from home forever, he does believe that the work-from-home model will be integrated into the ways that companies do business in the future. With flex work weeks becoming more popular and giving employees the opportunity to alternate between working from home and the office, he notes that the location of some peoples’ homes will be less significant than if they were commuting Monday through Friday. Homebuyers thus have the freedom to look in areas farther out than they typically would to find a home more suitable to their lifestyle.

John also offered insight into the hotspots that are gaining attention from those relocating throughout the country. He highlighted two particular regions as emerging relocation hotspots, dubbing them the New South and New West. The New South includes cities like Charlotte, Raleigh, Nashville, and Atlanta, while the New West is drawing homebuyers to Austin, Denver, and Houston. These regions have ample job growth, warm weather, and are generally within tax-friendly or tax-neutral states. As for Chicago, the Windy City is still a popular spot for corporate relocation, and remains a hub of industries such as finance and consulting. 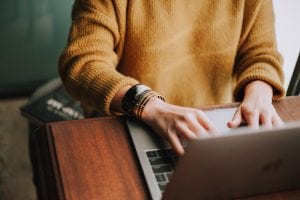